Jon de Quidt and I recently looked a bit into the data from the paper of De Mel, Woodruff and McKenzie (2008) in Sri Lanka. It is quite an influential paper, experimentally administering capital shocks to microenterprises in Sri Lanka in order to estimate the returns to capital.

Their paper highlighted that the returns to capital “at the bottom of the Pyramid” could be very large indeed. In their favorite specification they find that these could be as high as 50 – 63 % per year (in real terms). This suggests that these investments pay-off on average. It was one of the first papers that used experimentally generated variation in capital stocks to estimate these returns. Thats why it became so influential and the authors have a set of papers on Mexico and Ghana, performing similar estimates.

They point out that there is a lot of heterogeneity in the estimated treatment effects. In particular, they observe that for female entrepreneurs, there is virtually no (average) treatment effect. This and the reasons that could be underlying this observation are explored in a second paper. 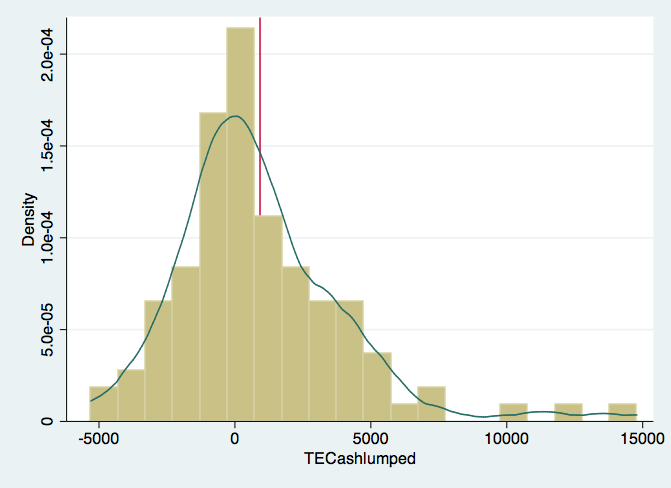